Skip to Content
If you are going to the remote gems of Norway, nothing beats the reach of a bus. You will see examples of this in the Alt for Norge 2019 season where NOR-WAY drives the people and equipment in a special Alt for Norge-bus. Alt for Norge is a TV-show celebrating a 10-year anniversary on Norwegian screens. Every season is dedicated to a group of Norwegian-Americans travelling Norway getting to know Norwegian traditions, and little by little, their Norwegian roots.

Back to the roots - Along narrow roads

When a crew made up of producers, camera people, sound people, production assistants and contestants are going around Norway, buss is the best travel option. That was the conclusion when Alt for Norge and NOR-WAY Bus Express chose to cooperate in this year's season of the TV-show. The excellent match was evident as soon as the journey started. Equipment and luggage filled up the bus's luggage space, the crew was big and the destinations local - far from airports and train tracks.

When Norwegian-Americans are search their roots, the city is not where they most commonly find them. Instead they go to small local farms in villages you reach by narrow roads along fjords and mountains. You could say the routes are challenging drives. But if you are an experienced bud driver, this is a challenge easily handled. 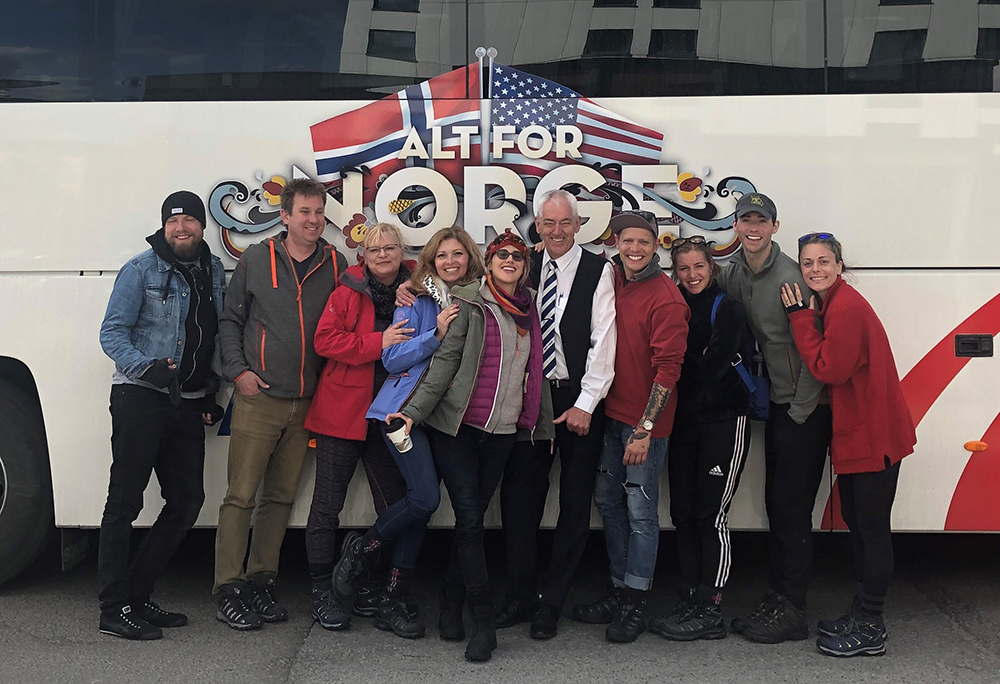 The bus drivers were representatives from some of the NOR-WAY routes that cover Southern Norway. Helge from Fjordekspressen, Sverre from Kystbussen, Olav from Valdresekspressen, Ingrid from Trysilekspressen, Arve from Grenlandsekspressen and Vidar from Konkurrenten steered the bus competently and brought the crew to the locations. Hence, the drivers covered many of the most common driving routes in Norway, in the same as as the NOR-WAY route network does.

View the completed show at TVNorge from Monday 26th August 20.30 and every week from there or view it at dplay. Happy Norway Autumn and enjoy the view!